When in my book I look at the revolutionary wave across Europe from 1918-21, I'm mostly interested in the workers' movement. However, there was something like a peasant revolution in Bulgaria. Russia had long been a significant influence, and the Communists were very strong. But they had to contend with a peculiarly agrarian dynamic. It was a remarkable episode that I could only refer to in passing. 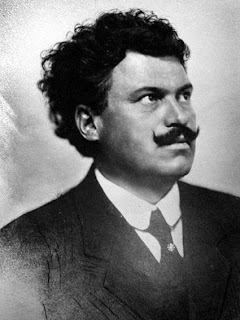 Bulgaria before 1885 was ruled by the Ottoman empire. Its peasant population of Othodox Christian Slavs had little in common with Muslim landlords. The Russians particularly from 1828 posed as protectors of their fellow Orthodox Slavs, but in 1859 the Bulgarian church re-joined the broad Roman Catholic Communion (whilst retaining much of their Orthodox rites and married priests). This brought them under the sponsorship of France and Austria, the main Catholic powers.

In 1876, a Bulgarian Rising (organised from Roumania) led to savage repression. The notorious Bashi-bazouks, unleashed by the Ottomans, turned the eyes of Europe to the 'Bulgarian Horrors'. The Russians intervened, defeated the Ottomans, and tried to set up a client state. This 'Big Bulgaria' comprised Bulgarians, Serbians, Greeks, Wallachians, and Albanians. The Great Powers meeting in congress at Berlin feared Tsarist pretensions. They restored Macedonia to the Ottomans, made eastern Roumelia a self-governing province under a mixed administration, and left to 'small Bulgaria' the northern region. Bulgaria remained technically under the sovereignty of the Sultan, but with its own Prince. In 1879, the temporary Russian governor promulgated a constitution: a ministry government, an elected assembly, the Sobranje, elected by universal suffrage (though with a quarter of its members to be chosen by the prince) and the rule of law. The Prince, Alexander of Battenburg, was nominated by the Tsar, and after the Russians withdrew, they left behind military officers and much influence. Russia subversion was incessant thereafter.

With the Orthodox aristocracy eliminated, Bulgaria was in many respects cultually a democratic peasant-society: peasants, popes (priests), and schoolteachers. The bourgeoisie was significant, but small - mostly professional rather than in business.

Alexander Gerschenkron used Bulgaria as an example contrary to W. W. Rostow's argument that countries industrialise more or less spontaneously once commercial freedom has been established and savings accumulated: despite these pre-conditions, there had been no 'take-off' in Bulgaria before World War One. Bulgaria's militarisation, culminating in the Second Balkan War, held it back.

After the Great War, Bulgaria re-established democracy. Then was the remarkable Staboliski episode. Aleksandar Stamboliski (1879 – 1923) was leader the Agrarian League, but with an international profile. Stambolisky saw himself as a man of the Left, but he was opposed to 'normal' party politics. He argued for a kind of plurastic corporatism or semi-anarchism, with socially based representative institutions based upon communities, workplaces and so on. In a peasant county, this meant peasant rule. He promoted the ‘Green International’, a peasant alternative to the various Workers' Internationals.

Stambolisky was caught up in an attempted peasant revolution in 1918, but survived its repression and became elected Premier in 1919.

Only in Bulgaria outside Russia did the Communists have really large-scale support in this early post-war period. The Communists, however, refused to ally with Stambuliski – they condemned his Peasant Party as the “bourgeoisie of the countryside”.

Stamboliski was violently hostile to lawyers and financiers, as exploiters of the peasantry, and demanded their exclusion from the Sobranje. Such few large estates as there were, Stamboliski wished to break up and redistribute with an Agrarian law. Though enjoying considerable popular support, he became increasingly dictatorial, and reliant upon his peasant 'Orange Guard'.

In June 1923, bourgeois interests and nationalist officers organised a coup against Stamboliski’s government in Sofia while the Prime Minister was away on business. Ministers were arrested, and Stambolisky fled across the frontier only to be captured, tortured and killed by Macedonian terrorists. Agrarian revolt in defence of Stambolisky’s government received no Communist aid and was easily suppressed. Only three months after the coup did the Communists, under Comintern pressure, organise their own resistance to the coup government. Leaders were arrested before their planned revolt. In the suppression of the rising, about 5000 were killed.

In April 1925 a Communist attempt to assassinate the Government as it convened in Sofia Cathedral, by detonating a bomb at the site, killed 123 persons but failed to dislodge the regime. Some 5000 subversives, mostly agrarians, were arrested.

When the Communists finally took power after the Second World war, they gradually gave up their hostility to Stamboliski's memory, and named a town after him. It bears that name still.

Posted by Marc Mulholland at 07:52